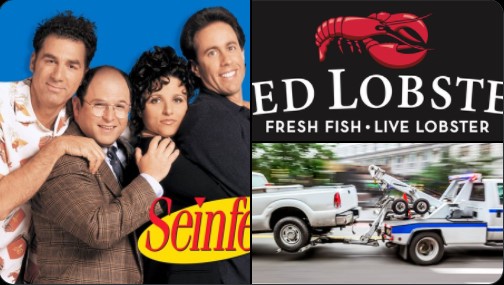 Darin gave a guy from Seinfeld a ride in his car, Mike discusses the etiquette of running into someone at the store when you look like 3rd degree death, a Red Lobster Just Stop, and another very personal Just Stop.

Mike accidentally yells at people and is a jerk.  Haircuts by people with terrible haircuts, Mike's kid wants to be a bounty hunter, ranch dressing incidents, a towing story - and a contest!!

All this and more in this fine, wholesome episode!