IDS #55 - He Farted Wet Enough to Make My Hiccups Stop 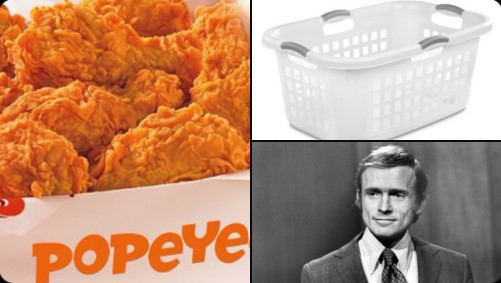 Welp, they're banned again.  Darin doesn't know who people are plus interesting facts about hyenas.  We discuss the Great Barbecue War of 1807, and Darin's annoyed at Popeye's Chicken.  "Thicc" apparently has a rating scale.  A fan weighs in on the show, and Darin teaches some practical jokes related to parallel parking.  Weird places to wake up - including a laundry basket.  Mike's dog has an interesting place to put her head, and the duo talk Dick Cavett!!