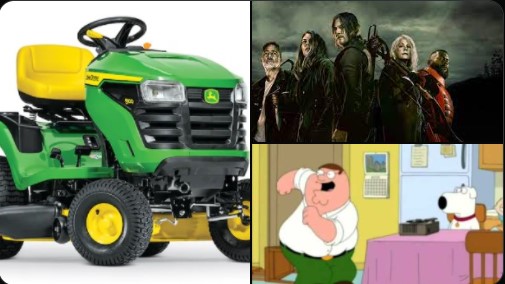 Darin's mower gets broked, and later he almost witnesses a hate crime!  Mike has strong feelings about the dog poo collection labor market, and Darin watches a football game with Figgy.  Alanis, somehow, comes up again - and Mike points out how the song Ironic, isn't (dontcha think?).  Surfin' Bird makes an appearance in the only way it ever should, and Darin tells an ominous story.  Finally - Mike gave up on Walking Dead, and went all-in on Better Call Saul.