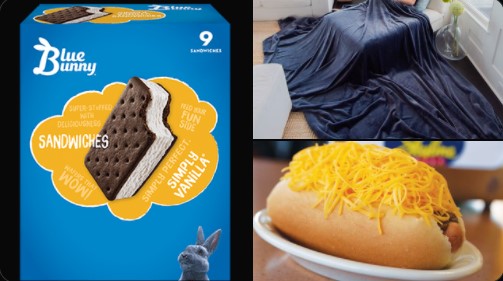 Darin discusses Alan Kalter - and Dave makes a tribute!  Also, those big blankets on Facebook annoy the snot out of Mike.  Kroger story of the week is derailed when Darin discusses how nonchalantly he disrespects his Blue Bunny Ice Cream Sandwiches in order to have a conversation that totally could have been done without putting the ice cream sandwiches in danger, but whatever.  Cashier is excited to talk about football, until she's not.  Darin's son test food storage limits at ambient temperatures.  Darin's got his picture in pizza places, and he's all full of himself about it.  Darin's wife yells an unyellable word - and, finally, Walmart would like you do something in a kind manner.