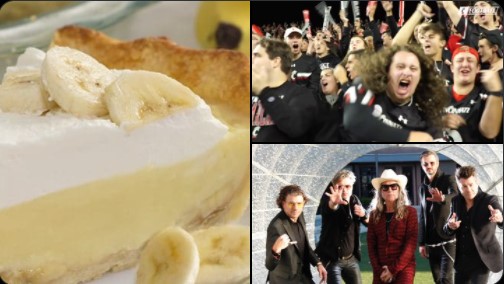 At home COVID tests with "Steve", Dune 2021, and free stuff at the oil change place!! Mike has a random opportunity to get WHATEVER from Kroger (but decides not to out of fear that his ice cream sandwiches will melt).  Darin's birthday surprise for his wife featuring a Collective Soul dance (kinda) from Mike.  Noisy fish wakin' up the house!!  Mike can't stop thinking of the banana cream pie he got - and how to take 6 kids to a college football game, randomly take them through the student section, and manage to not lose ANY of them (at least not permanently).

All this and MORE- on an extra special (and long) IDS!!!