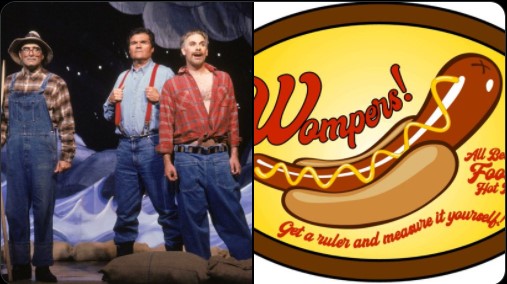 After decades of waiting, Mike and Darin FINALLY review a movie from the 90's - Waiting for Guffman (and, of course, end up talking about other Christopher Guest movies along the way).  Also - Darin tries to buy an axe, the entirety of his neighborhood attacks his tree, and he ticks off a cop!  Also, Darin's wife made a splint, there's new Wompers stuff on our site, and Mike and Darin are in awe of the fact that they haven't seen Eternals yet!