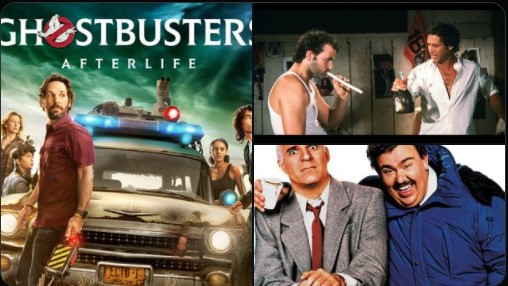 (Late) Thanksgiving Greetings from the duo!  Mike complains about dog issues, while Darin reveals an awesome donut story.  Darin discusses someone who has NEVER seen "Planes, Trains, and Automobiles" AND someone who does not like John Candy!  We launch into a Bill Murray / Chevy Chase discussion - and Darin reviews "Ghostbusters:  Afterlife".  Mike's interested in reviving his Southern accent, and we talk the a-judi-chop guy.  Mike missed an opportunity to have someone quote Braveheart, and Darin tells some Australia stories.  Finally - the show nose-dives a few times,  but somehow we manage to get it back on track.