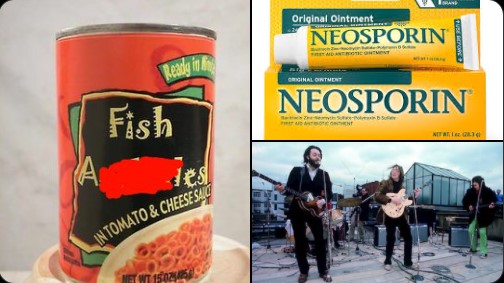 Mike is in a mood this week because of a hurt ankle, his kid broke his toe and his dog ate a tube of delicious Neosporin.  Speaking of hospitals, Darin's wife had surgery and his rabbit almost met an early death.

We introduce a new segment this week... Dave's Comedy Corner!

All this plus the guys talk about lazy eyes, the Beatles, hitchhikers and fish butts!

(It's a good thing we don't pay Quacker the cursing duck by the quack or we'd be in the poorhouse with this one!)